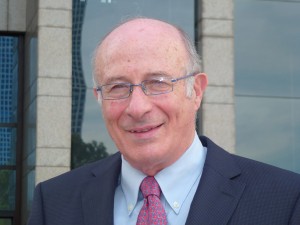 Daniel Furman (CEO) is the founder and Managing Director of Arba Finance Company Ltd. Prior to founding Arba in 1978,  Daniel served as the Finance Manager of Aircraft Trading and Services Inc., an international company specializing in trading and leasing commercial aircraft.  He was a Senior Consultant for National Consultants (Israel);  a member of the Corporate Finance Department of Eurofinance in Paris; and an assistant to the Vice President of Corporate Planning of Israel Aircraft Industries Ltd.

Daniel is a director of The First International Bank of Israel, of the Cohanzick off-shore funds, Los Furman SA, an agricultural enterprise in Argentina, and of SARL Palais de la Promenade, a French real estate company. From 2006 to 2010 he was a member of the Board of Pricer AB, a Swedish public company. Between 1993 and 2000, Daniel served as a Director and Member of the Investment Committee of Ilanot-Batucha, one of Israel’s leading mutual fund managers.

Daniel holds a B.A.in Economics and Statistics from the Hebrew University of Jerusalem and an M.B.A. from INSEAD.